Up until 2016, the restaurant Backbord St. Pauli had a cult following among the vegan and alternative population of Hamburg. Then, the owners set sail and left behind a desperate, traumatized followership. But now, the impressive sails have been seen in Berlin Kreuzuberg. And there are even better news: Backbord is now completely vegan!

Backbord is now a bistro, and that fits perfectly with the menu: Currywurst, celery schnitzel, doener – all of the classics of St. Pauli are back, and a lot more. “Good and honest snack food without much ado”, that is the promise of owner Mike. The seitan is home-made, as well as most other meals and the dips and sauces. There are much more vegan options than before. 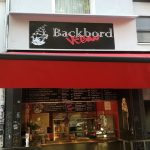 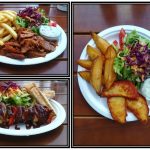 Not only the captain but also the cook has stayed on board. From Hamburg we know that the classic meals have always been perfect – the used them to impress a lot of our guests. The daily specials were sometimes standards, sometimes quite ambitions, and were mostly great. So, based on dozens of visits in Hamburg, we can absolutely recommend Backbord Berlin.

Backbord Kreuzberg can be found at Reichenberger Straße 57 in 10999 Berlin-Kreuzberg.

This site uses Akismet to reduce spam. Learn how your comment data is processed.